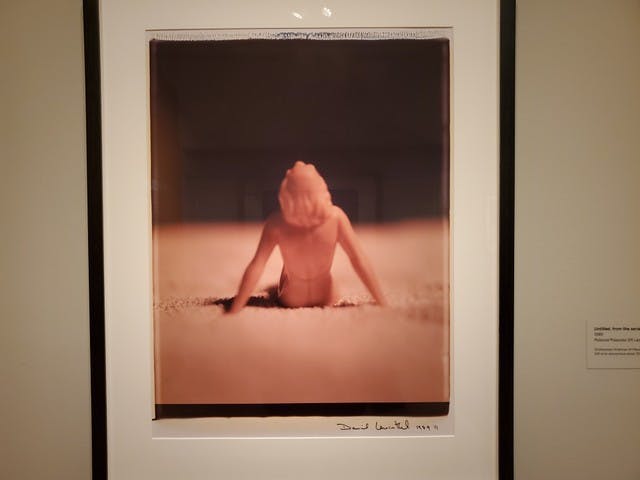 At first glance you would think that this exhibit would appeal to only those that are interested in photography, but there is so much more going on with David Levinthal’s artwork. When you visit, I suggest first sitting down to look at the video where he and his daughter explain his concepts. The video, which is only five minutes long, is to the side of the entrance, and easily missed. Many of the prints are titled “Unknown” so gleaming what the artists was thinking about when he created the photo will not happen. When you get to the Wagon Trail the artist has some quotes written about why he used toys and models. These quotes are well worth the read. I just wish the quotes were posted in the front of the exhibit instead of in an unremarkable spot.

How he found his style

In the 1970’s he began developing his own style by photographing individual toys and models. Later he commissioned others to build dioramas such as the Wagon Train 2018. His process is to take a toy as the subject and focus in close to the subject to create a background that is blurry. The viewer will have to fill in the blurry blanks and create the story. This is all done intentionally because he wants the viewer to participate in the experience and create their own complete story.

My opinions and the myths that are in his exhibit

The photos from the exhibit

You will find some great explanations of the photos at the Museum. Although, some photos from American Beauty, Wagon Train, and Modern Romance are titled “unknown.”, and have no explanation. I didn’t include Modern Romance photographs from the exhibit because they were so small and grainy. Enjoy completing your stories.